“Ear Candling,” ( Hopi Ear Candles), also known as auricular candling or coning, refers to various procedures that involve placing a cone-shaped device in the ear canal and supposedly extracting earwax and other impurities with the help of smoke or a burning wick. The origins of candling are obscure. Ancient Tibet, China, Egypt, the pre-Columbian Americas, and even the mythical city of Atlantis are cited as possible contributors. The procedures supposedly create a low-level vacuum that draws wax and other debris out of the ear canal. Some proponents even claim that impurities are removed from the inner ear, the facial sinuses, or even the brain itself, all of which are somehow connected to the canal.

What are the Claims About Hopi Ear Candles?

So first, let’s take a look at what they are supposed to be able to do, there are a lot of claims made about ear candles, it seems the only things they don’t do is feed the poor or bring about world peace. This list is not exhaustive but it is everything I was able to find up to the point that I could no longer tolerate the rubbish.

Researching this piece was enlightening, the claims made for these candles are just outlandish. Some of them are just plainly ridiculous and they have no basis in scientific fact. Nor do they providers of the service try to provide any factual basis for the claims they make. Normally I would have little interest in this sort of thing, however, when sham practitioners make claims about serious illnesses it is time to start balancing out the rubbish.

Tinnitus is Not To Be Taken Lightly

Tinnitus can be a serious problem for some people, it can have a dramatic effect on their life and well being. They will try any possible treatment angle that makes a claim if it seems even vaguely true. The same can be said for Menniere’s. The desperation to seek help and or reassurance is just manipulated by these ridiculous claims. Tinnitus is a symptom of an underlying problem, normally it is a symptom of underlying hearing loss, however, sometimes it can be a symptom of something serious. Sticking a candle in your ear and setting it on fire will not help you in any way with relief of tinnitus.

Any tinnitus that is causing real problems in someone’s life needs to be properly investigated. There is no cure for tinnitus right now, however, there is an effective treatment. The claim that ear candling can help may be based on the fact that ear wax removal can often lead to an abatement of tinnitus. This is true, but only in the case that the tinnitus is caused by the ear wax blockage. Removing the blockage relieves the tinnitus. However, here is the real catch, ear candling does not even remove ear wax, that is the simple truth. So, to the question, do hopi ear candles help or cure tinnitus, the answer is no.

The Claims About Ear Wax Removal

It is claimed that the act of burning the candle softens the ear wax and produces a vacuum which sucks the ear wax out. In any and all scientific testing of this, it was found that it doesn’t. Think about this clearly, ear wax solid enough to block an ear tends to be old and relatively hard. You would need a huge amount of vacuum to suck it out in this way. That vacuum would also burst the eardrum in the process.

Micro-suction ear wax removal uses vacuum to remove wax, however, it is a controlled vacuum which is only powerful enough to suck wax out when it is in direct contact with the wax. We don’t just stick a hoover in your ear and hope for the best. If you are looking for ear wax removal, go to a professional.

The only thing you are doing is putting yourself at risk, the risk of fire, burns to the face, ear canal or eardrum and middle ear injury to the ear from dripping wax. Plugging of the ears by candle wax, bleeding, perforation of the eardrum and finally delay in seeking needed medical care for an underlying condition. 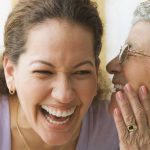 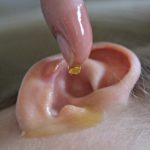 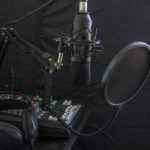 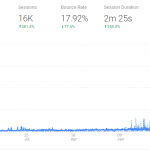 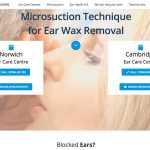